SCAMP: Getting into production mode 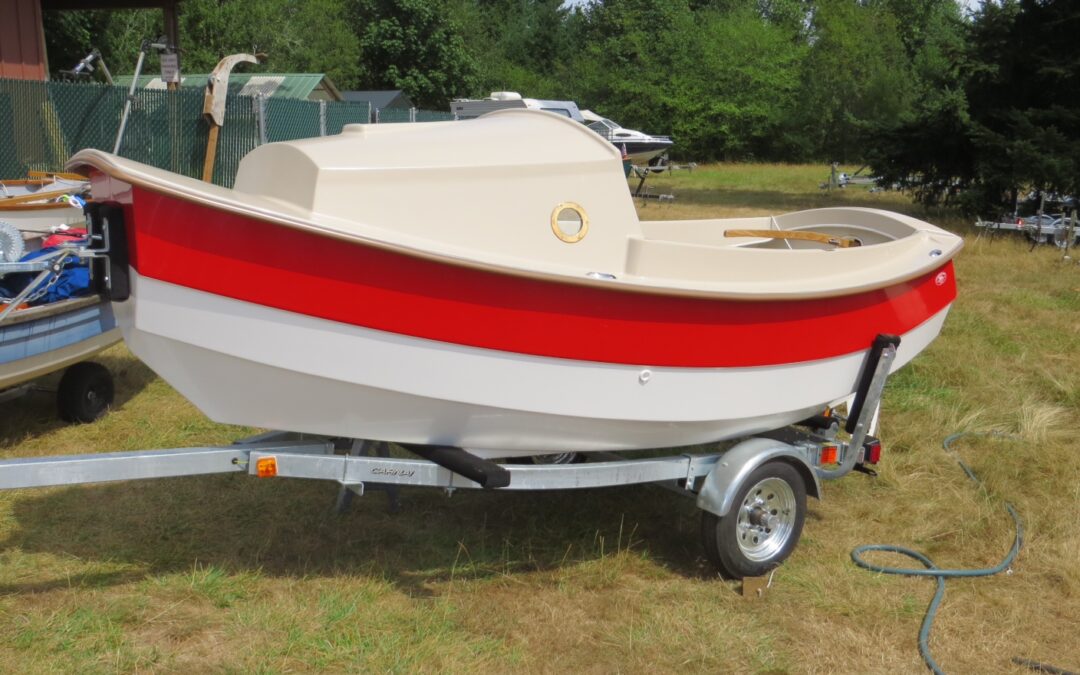 Our Scamp #1 is now at its home in the California bay area and #2 just left for its home in Maryland. Our goal is to build a Scamp approximately every three weeks, so for those of you who already have orders and know where you stand in the queue, you can guesstimate when yours will come up. There has been a little shuffling in the order as a couple of buyers have opted to change places.

Here are a few pictures… The Scamp with the bright red top strake is going to Annapolis. Wowsie, everyone who has seen this one is really impressed. With hundreds of Scamps being built worldwide many people are making an effort to make theirs stand out from the crowd. 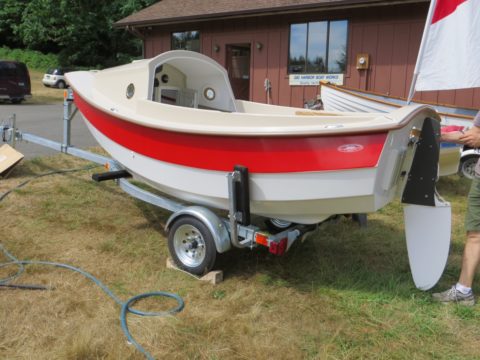 A note about the motor mounts… When we were almost finished with Dick Herman’s #1 we called him to say that we just couldn’t make ourselves bolt the incredibly ugly, clumsy-looking standard fixed motor bracket to the transom. And a fixed mount did not allow the motor head to pivot all the way up and out because it would hit the aft deck overhang. Dick agreed and took his boat home mountless, thanks! After due diligence we located a removable swing out mount that works great. A permanent flat plate is bolted to the transom and the bracket slides on and off with just a simple toggle lock. Sweet. The obvious difference is cost. The Fixed bracket was only $129 whereas this removable unit is $325, but it works well.

First you see it, then you don’t (removable motor mount bracket)

If you haven’t decided the details of your boats construction yet, we’ll be glad to discuss it with you or if you have it figured out an e mail will suffice. 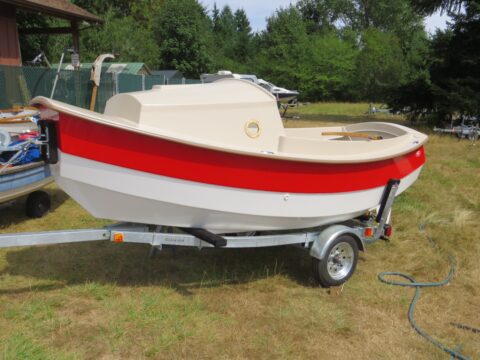