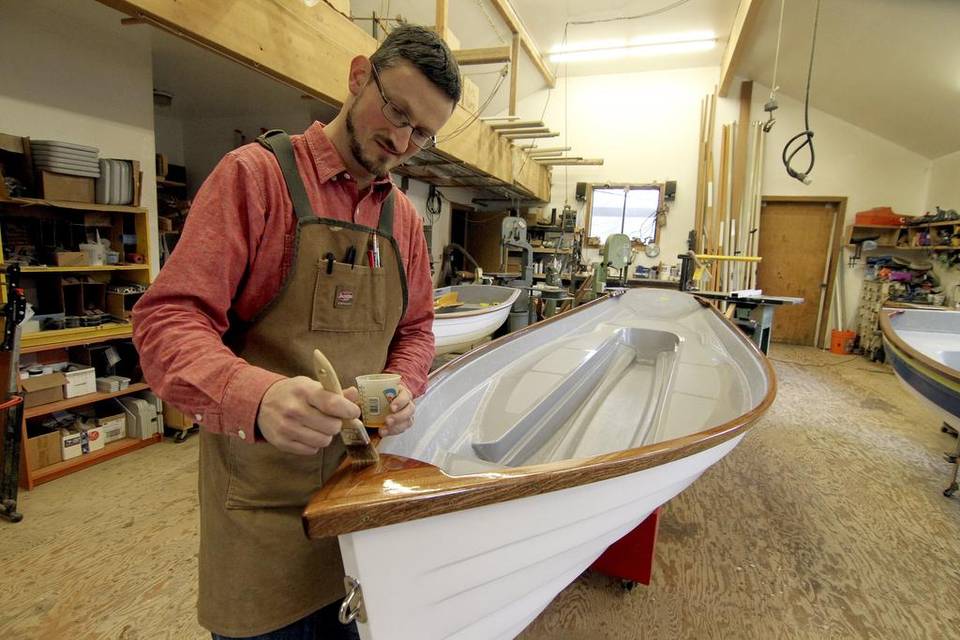 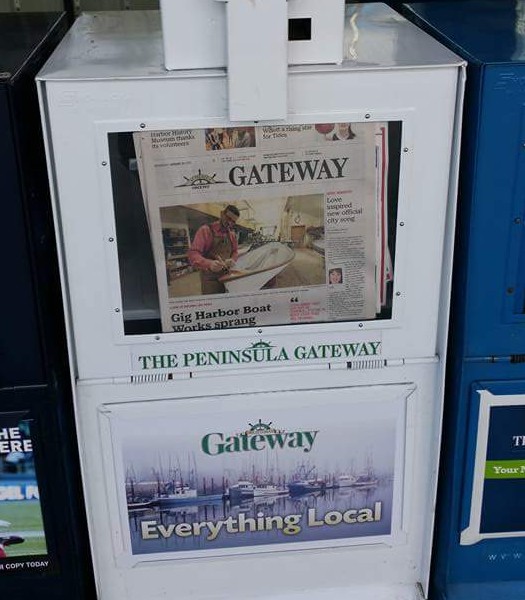 That’s Falk on the front page!

Thanks Andrea Haffly for the great story!  We’ll post the first part here, and then you can head over to the TNT website to read the rest.

David Robertson built his first boat when he was 12 years old.

This love of building stuff — and boats — was transformed into a family business, Gig Harbor Boat Works, established by Robertson and his wife, Janet, in 1986.

“It’s a hobby that got out of control,” Robertson said with a laugh. “It’s fun to build stuff that has meaning.”
Read more here 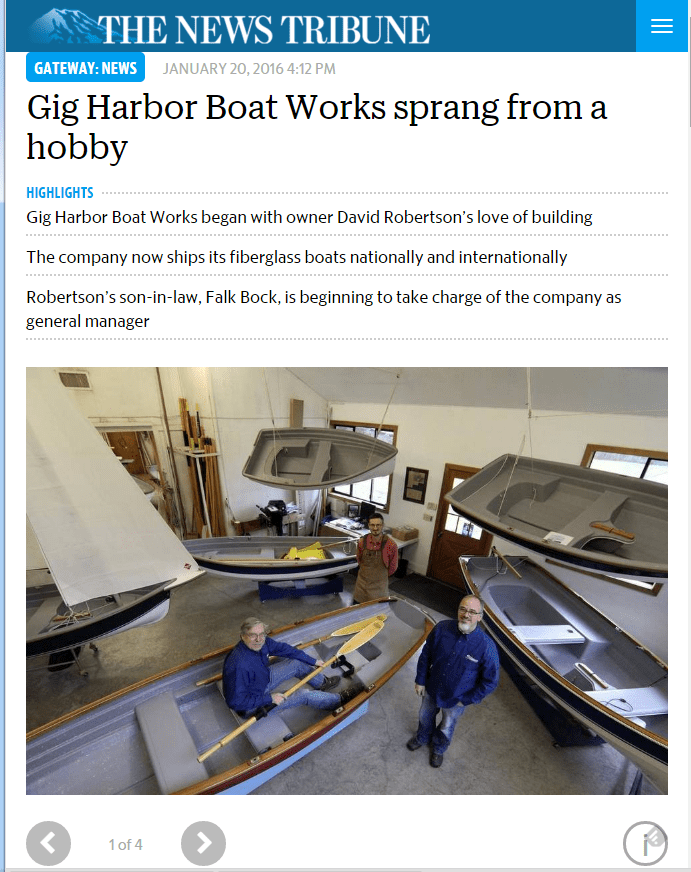 Click image to head over to the Gateway and read the whole thing.

Our head boatbuilder Dave is the heart and soul behind this little small town company that just kept growing and built an international reputation for quality workmanship. After 30 years at the helm, Dave is taking his first steps into semi-retirement and we’re thrilled that Falk Bock is taking on the role of General Manager… there is nobody else better suited to the task.