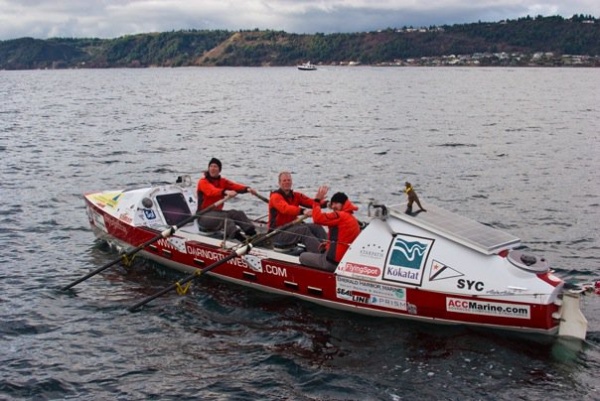 Springtime is upon us and as usual, it’s a busy time of year for us as our schedule is chock full of orders for spring and summer.

OAR NORTHWEST IS AT IT AGAIN!

Our friends at Oar Northwest are planning to row across the Atlantic… again!
For those of you new to our newsletters, in 2006 we built a revolutionary set of Transoceanic quality rowing seats for Oar Northwest. These robust sliding seats were then used by Oar Northwest to set a world record as the first boat ever to row Eastward from the mainland U.S. to mainland England. You can review this expedition in the 2006 archives of our newsletter:

But this expedition has set even higher goals… they want to set the world record for the fastest Atlantic rowing crossing in history! This team definitely has the personnel, willpower and organization to achieve that goal. Jordan Hanssen and Greg Spooner are veterans of Oar Northwest’s 2006 Atlantic crossing. Jordan and Greg have also enlisted Adam Kreek, A Canadian Olympic gold medal rower, and Rick Tarbill, a sparkplug from the U.W. rowing team, as their fellow teammates to complete their four-man team.

Gig Harbor Boat Works has already committed to building and donating the sliding seat system for the 2011 race which will start at the Canary islands off the coast of Africa and end 2600 miles west at Antigua in the West Indies.

A good summary of their plans is here in an article from the Tacoma News Tribune.

We will have updates in subsequent newsletters and you can follow them directly at www.oarnorthwest.com 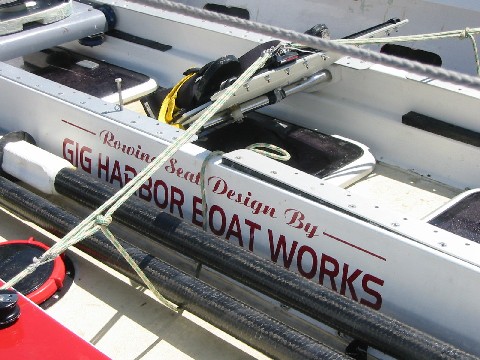 Speaking about ocean rowers, Roz Savage is back at sea.

Here is a 2006 photo of her surfing into Pearl Harbor completing the first leg of the trans-Pacific portion of her row. She has subsequently rowed from Hawaii to Kiribati and on April 18, 2010 departed Kiribati with the intended destination of Australia. 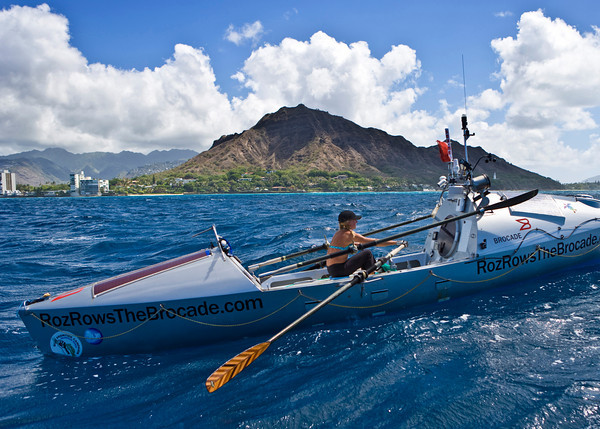 She is rowing on a Sliding Seat built by Gig Harbor Boat Works… exactly the same dimensions and mechanism we build stock on our Whitehall, Melonseed and Jersey Skiff. You can follow Roz on her blog RozSavage.com.

Every issue we seem to have more spectacular whale photos from Bob in Hawaii. He rows out of Lahina, Maui in his Gig harbor Jersey Skiff with his camera and finds whales… We weren’t sure if we would post any more pictures because we just couldn’t imagine better pictures than the sequence in the previous newsletter. But now he came up with another technique; Lean over the side of the Jersey skiff with an underwater housing camera and hope a whale comes close. Wow! 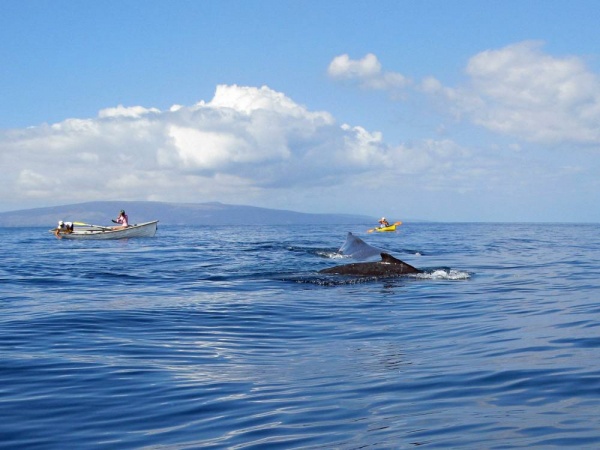 There’s Bob in the stern of the Jersey Skiff, reaching underwater with his camera to get the shot. It must be exciting to download the pictures and see the result! 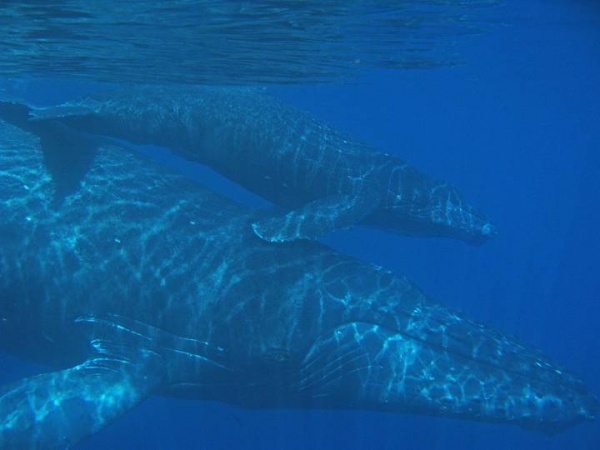 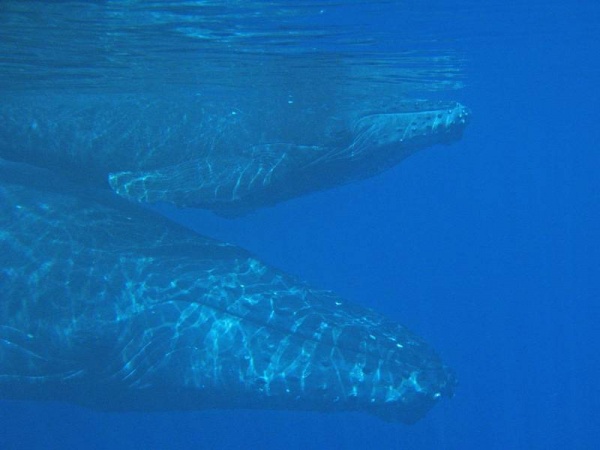 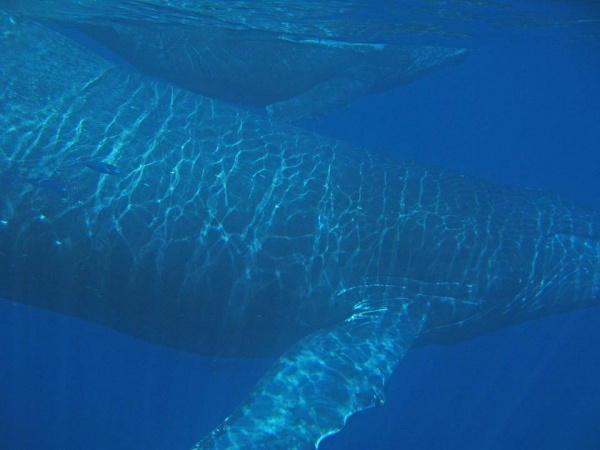 Debbie received her ‘Little Jewel’ Navigator sailboat as a birthday present from a lifelong friend. Debbie is co-captain of a yacht in Florida and it looks like this boat has found a great home.

I’m in love with the little jewel. She arrived on Saturday afternoon at 3:00. We loaded her up and departed for the Bahamas before dawn on Sunday. We arrived on Wednesday at Great Harbour Cay and launched the little darlin on Thursday. Sailed, rowed, and motored her that day. All smiles. Thank you so much!! Pictures are attached. 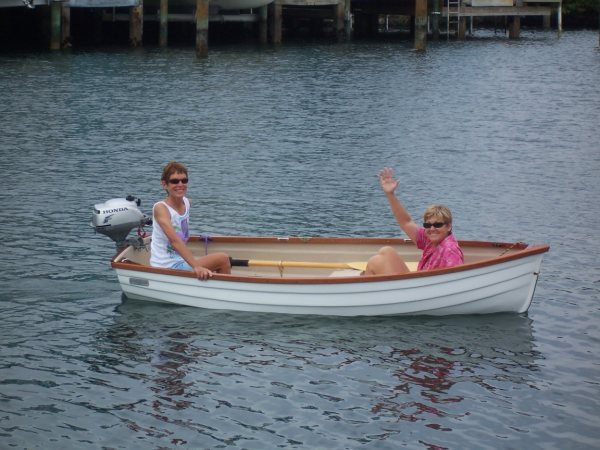 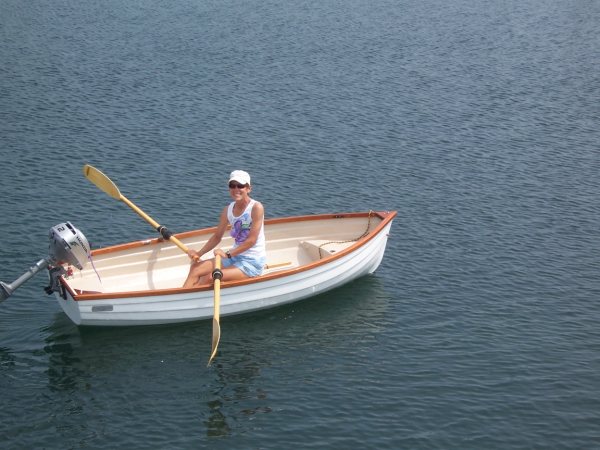 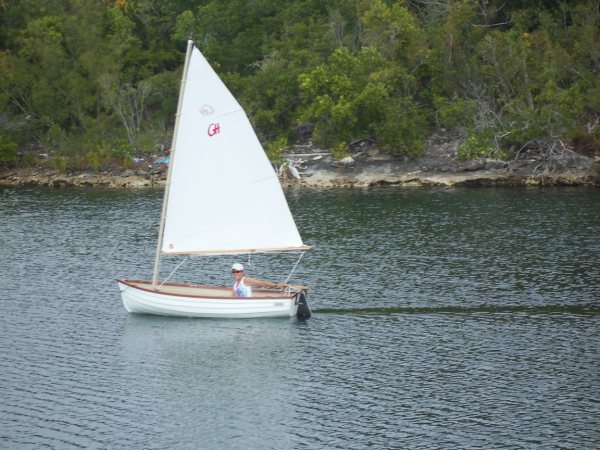 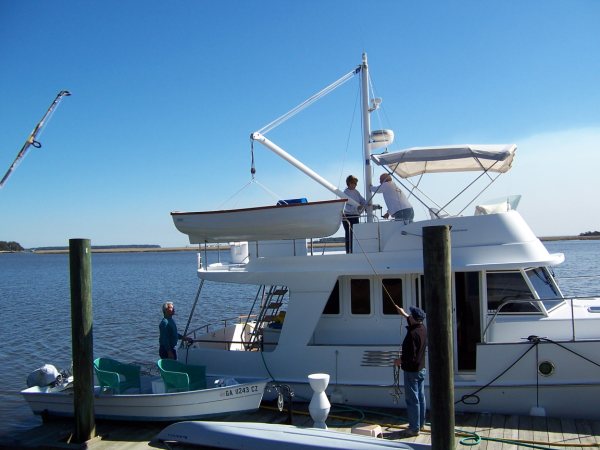 In our last issue we mentioned that we were in the process of shipping a boat to Australia for the first time. Charles received his Lobster Boat during the rainy season (North Coast of Australia) and finally launched the boat a few days ago. His reports are that she floats fine and keeps him safe from crocodiles. 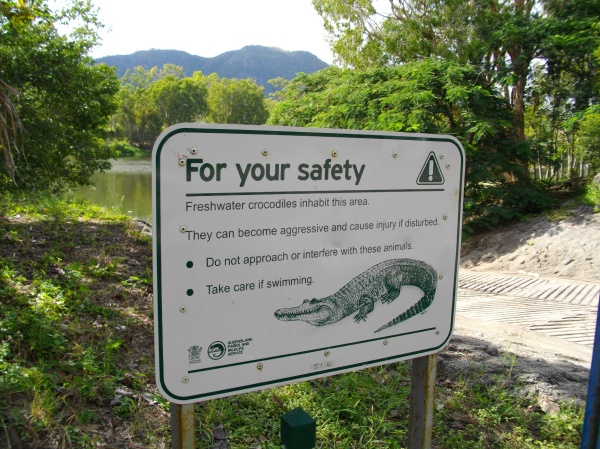 After a three month tropical wet season this year, I have finally been able to get out and about with the lobster boat.

An old school friend “Neil” came to visit and we took the boat up-river to a freshwater weir where the crocodiles are only small ones. I splashed around quite a lot of champagne. Neil was a lot better than me on the oars but the pictures show he rowed himself into a heap of water weeds.

This is our winter now, which brings the temperature down to, hot but bearable, I have a lot of different types of waterways where I live, so when it comes to sailing I will be able to learn in fairly calm conditions if need be. Our summers are not very nice with a lot of stinging jellyfish in the water and likely to rain just about any time. The ever green countryside comes from, sun, heavy wetting and no frost.

There is a heap of fishing to be done just about anywhere, and still a lot of decent mud crabs about. Most of the keen fishermen buy large high powered tinnies and charge out to the many off shore reefs. I am not quite that active as I retired in 2006 with chronic back pain but there is still a lot of things I can enjoy when I can find an old friend to come out in the boat with me.

Hope to try my luck at sailing soon. 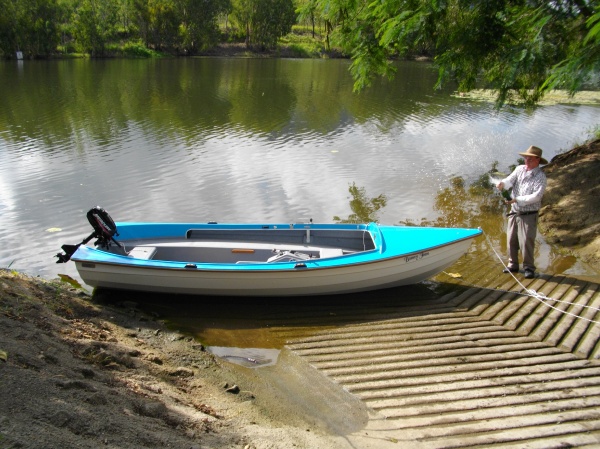 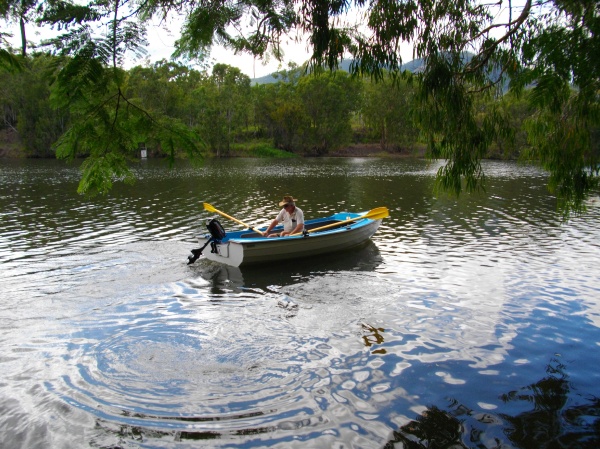 This last photo is just a reminder to our customers to check the tide forecast before you leave your boat tied to a piling… ;^) 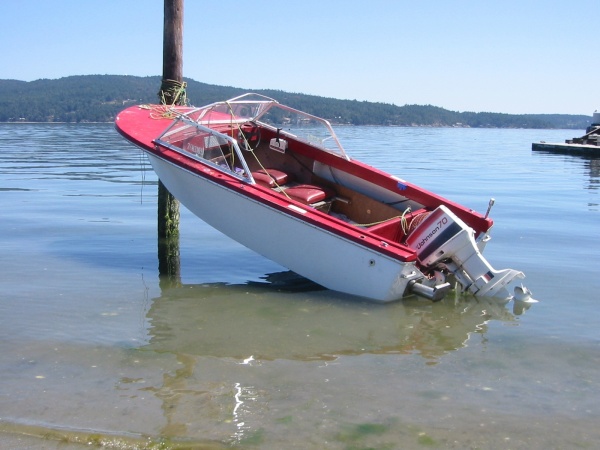 That’s all for now! As always, we love to hear about all your adventures. Please shoot us an email if you have any fun stories or photos to share!