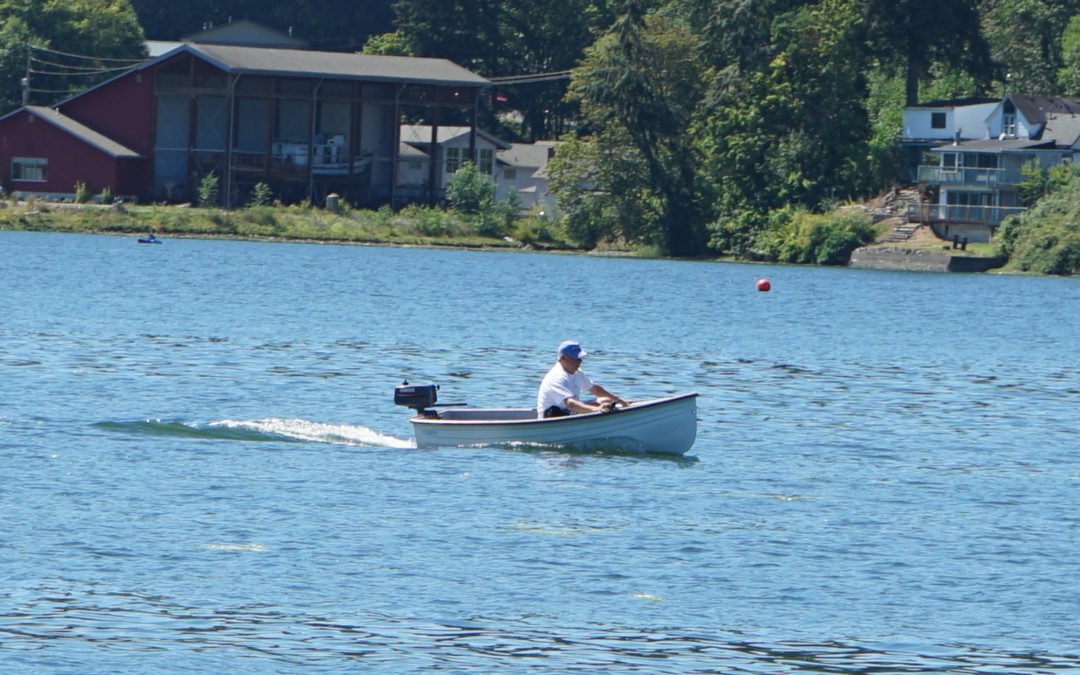 Recently, a customer wanted to know how fast our smallest boats go with a 2 hp motor. It was a nice sunny day so we decided to take a couple dinghies out for speed testing. We don’t usually think of our boats as motor boats but they work well with a small outboard in maneuverability and speed.

Our boats are in fact faster than most competitors because of their fair hull forms, keel design and light weight. Many customers report much faster speeds than similar boats under power.

Our 9.5′ Captains Gig maxed out at 7.1 mph and the 8′ Nisqually reached 7.9 mph. Those maximum speeds were reached by shifting operator weight 2/3 of the way forward in the boat and steering by tiller extension…. Not typical or recommended. A more normal operating speed in ‘cruising mode’ with one person aboard is about 5 1/2 – 6 1/2 mph. 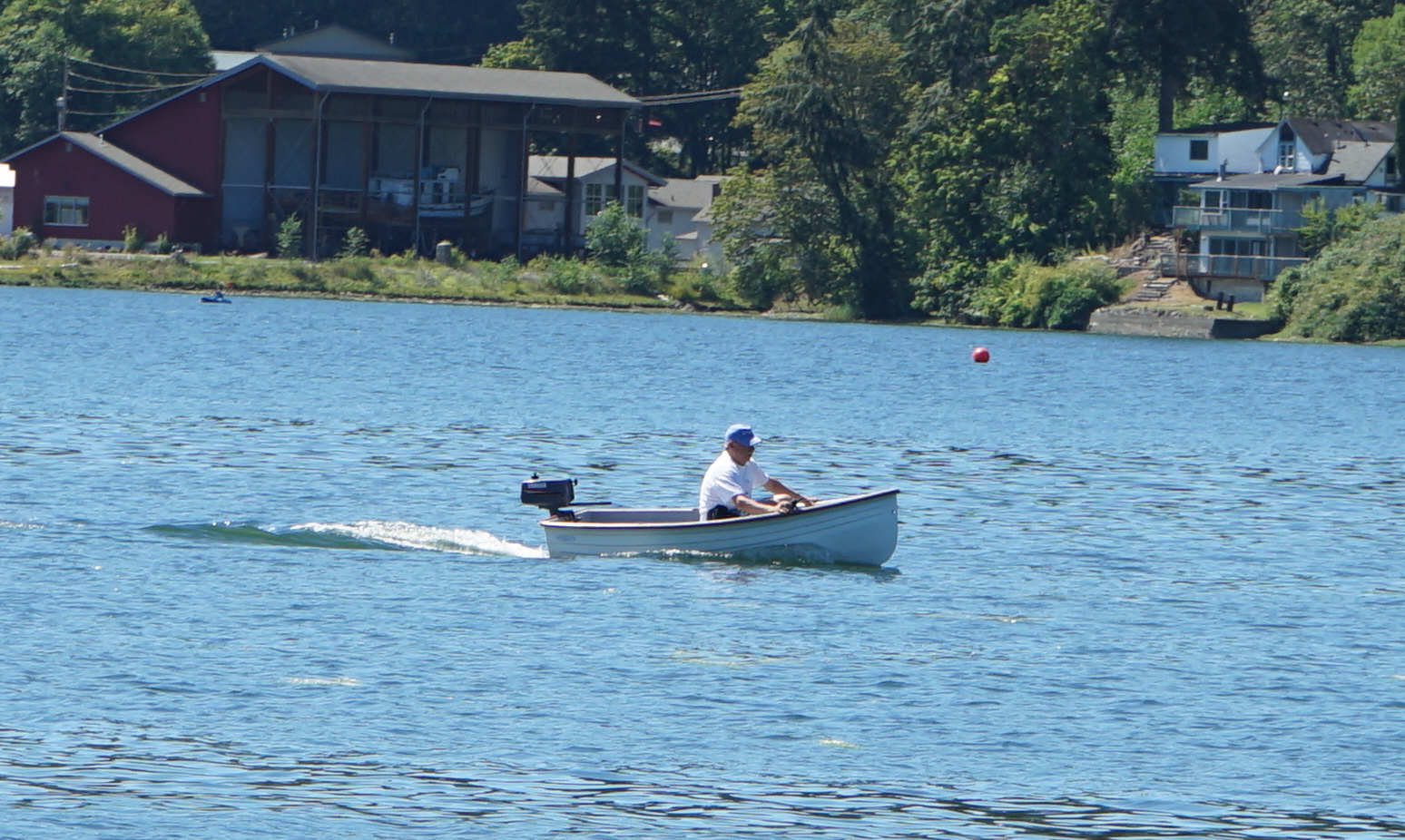 Maximum speed depends on the weight and skill of the operator. Operator weight and position has a surprising effect on potential speed. In our test, a 165 pound operator was able to go almost 1/2 knot faster than a slightly heavier operator.

These tests were powered by our 2 hp 2 stroke Yamaha. Stern drag has a dramatic effect on performance. If your 2 1/2 hp motor is a 4 stroke, the higher weight of your motor might offset the added power.

Our boats move so easily through the water that many folks prefer the simplicity and quiet of a good pair of oars, only using their motor for longer excursions.

Below: Dave tests out the 8′ Nisqually while the Junior Sailing class practices behind him 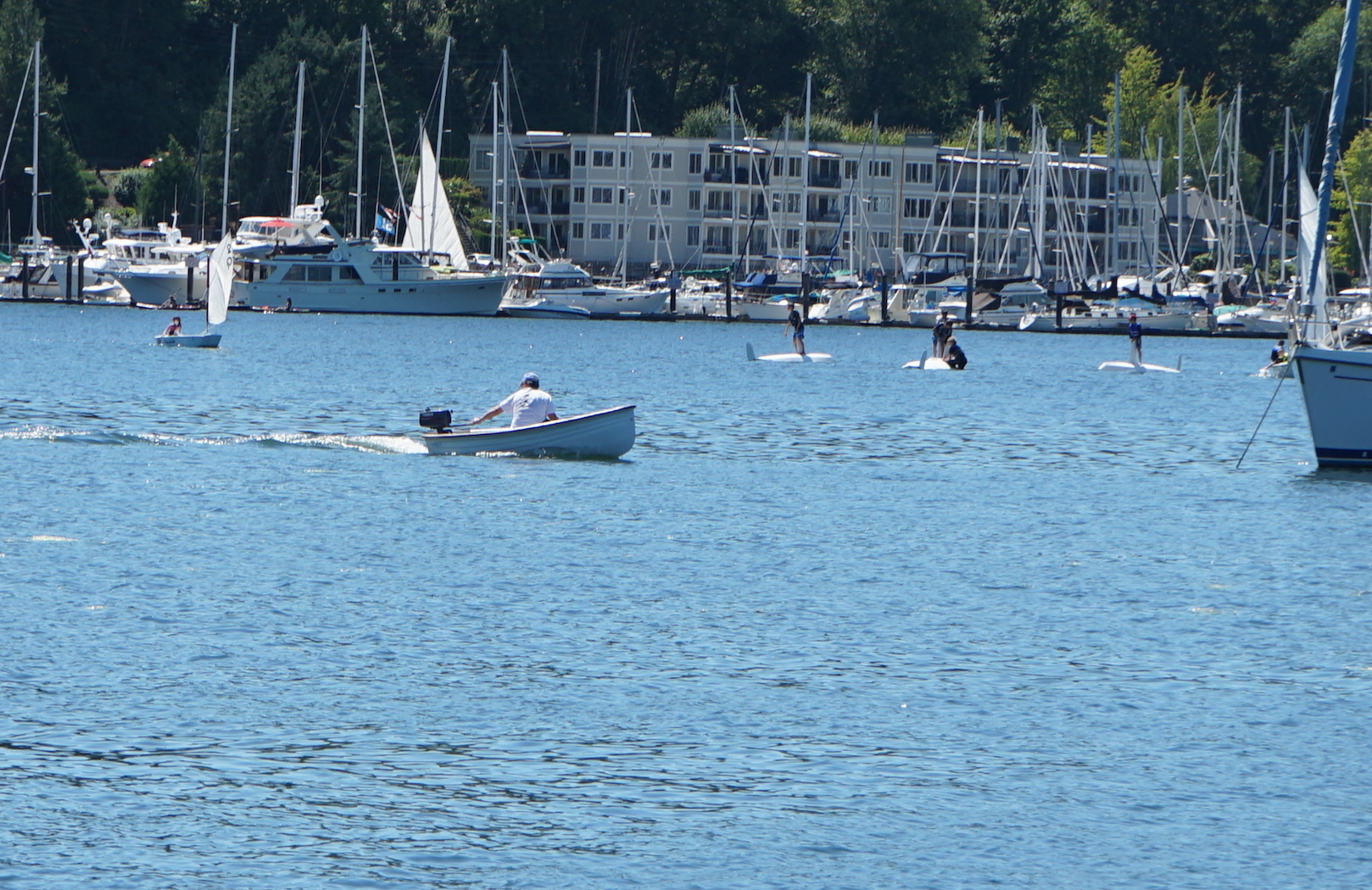 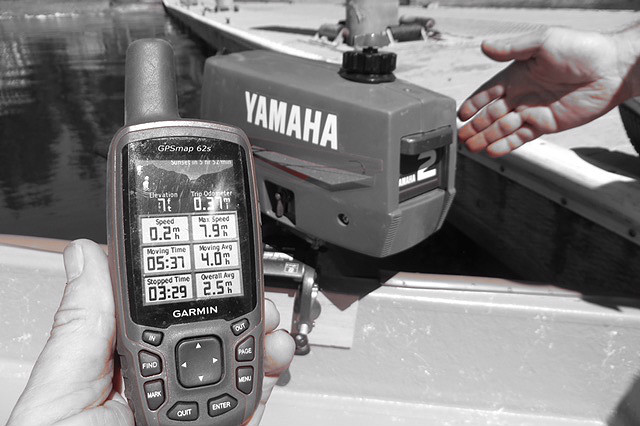 Below:  Dave smiles for the camera in the 9.5′ Captain’s Gig 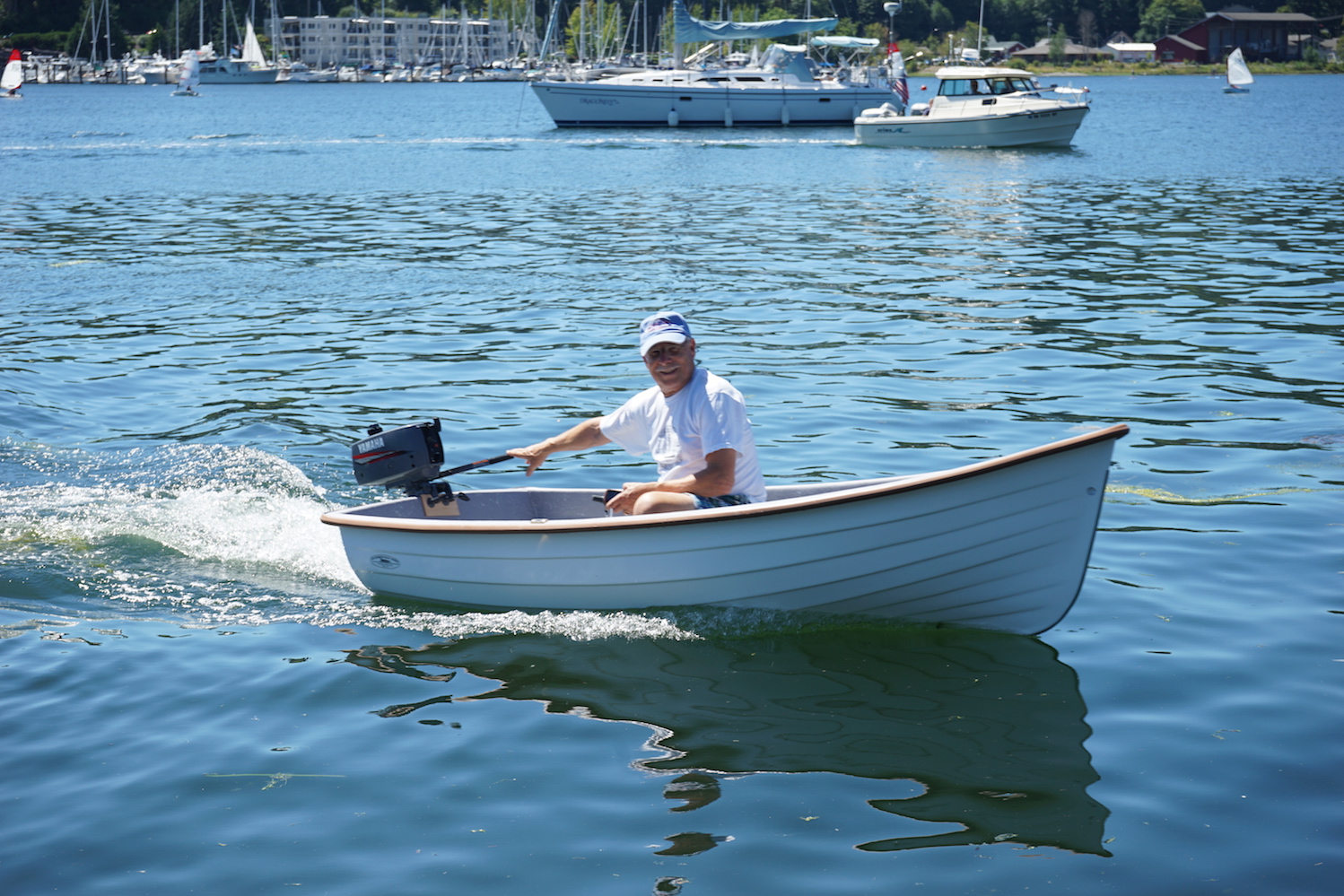