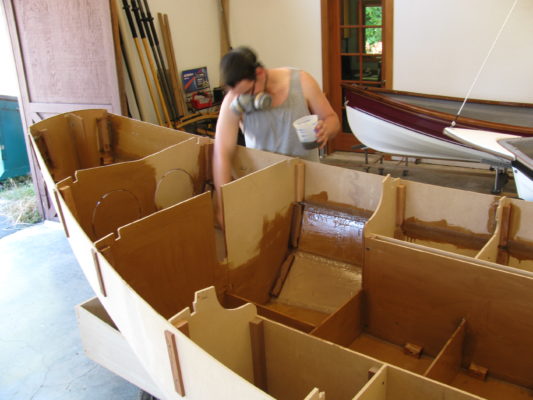 We made good progress last week! The upper planks are permanently bonded (double planks)and the deck chine is in place. The basic deck structure and format has been napkin doodled successfully to the point where sawdust is starting to fly.

A tricky point has been figuring how to make the transition of the deck side overhang to the transom which will also have an overhang for deck bonding purposes. Wood Scamps have a nice detail molding cap on the transom that we want to retain on our glass version… but as usual it’s more complicated than it sounds. That detail molding will entail an extra laminated piece but will look nice and retain the same character as the original plan.

Jeremy resin coating the interior. We will resin coat all wood components before priming and laminating to ensure the form is stable and won't absorb moisture. 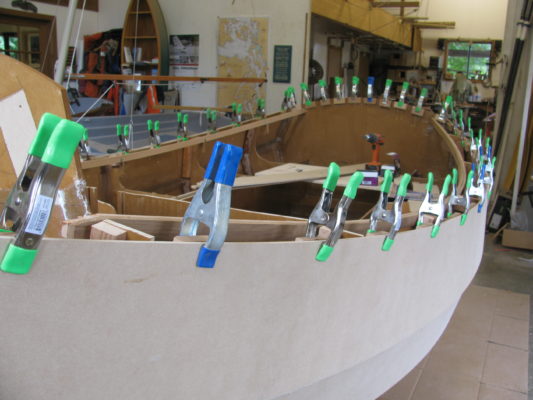 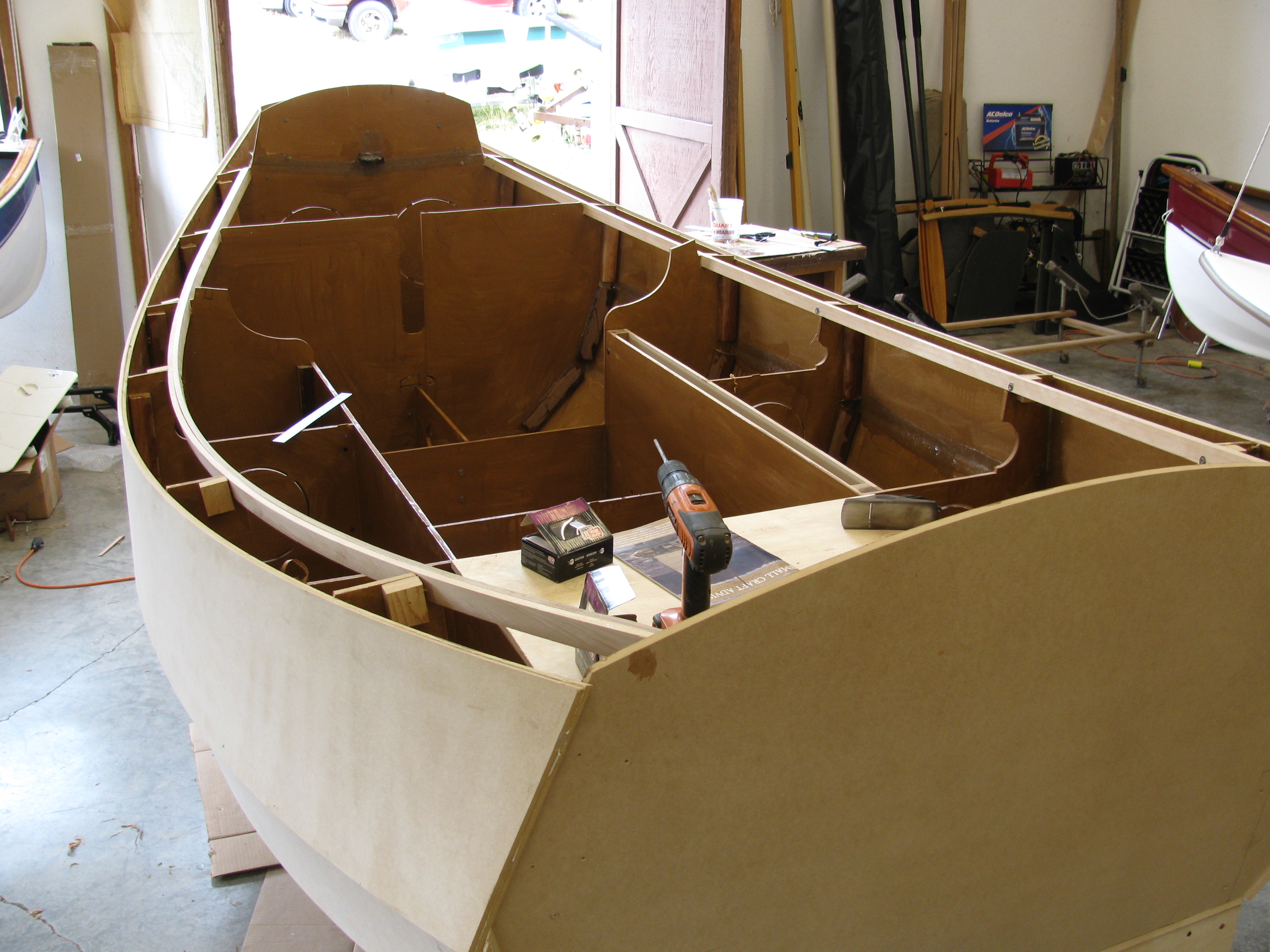 The aft corner joint between top plank and transom. That extreme reverse sheer of the upper plank is why we have to build a two piece mold. 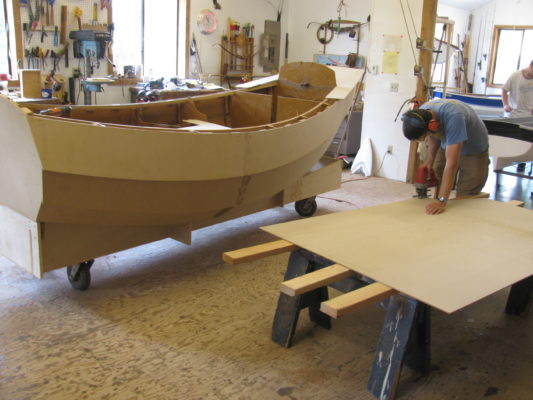 The beginning of the deck construction. You can see the first piece laying on the bow!

The next step is to have the deck installed and temporary strongbacks in the interior in preparation to turn the hull over for keelsons and fairing.